By Garrett DomeSeptember 27, 2017The Interview 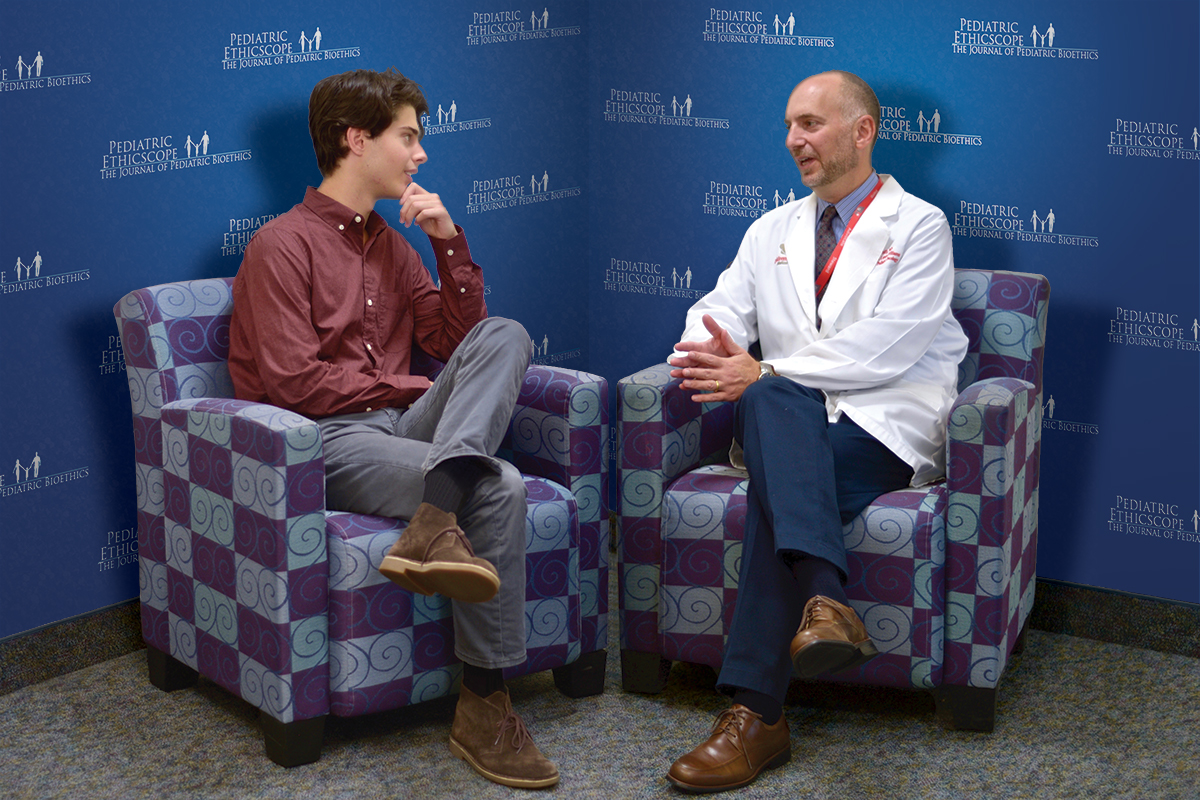 Jeffrey Dome MD, PhD, the Division Chief of Hematology and Oncology at Children’s National, sat down with Pediatric Ethicscope: The Journal of Pediatric Bioethics to discuss the impact of drug shortages on the medical community. Specializing in chemotherapy, Dr. Dome has experience with the ethical issues that accompany old, generic, “injectable” drugs. Below is a lightly edited transcript of the verbal exchange.

Ethicscope: Hello Dr. Dome, thank you for meeting us at Pediatric Ethicscope. Hopefully this interview will be informative for both parties.

Dr. Dome: Thank you for taking the time.

Ethicscope: There are many facets of the drug shortage to be discussed. Seeing that you specialize in chemotherapy, I will keep the conversation more catered towards your expertise. However, I was wondering if you could tell me briefly about drug shortages at Children’s National. How does the hospital manage shortages?

Dr. Dome: The hospital has been very effective in managing drug shortages. Whenever there is a shortage, the physicians and other medical staff inform the hospital; this way, we can always plan accordingly. Our model has prevented Children’s National from having any major deficiencies in drug supplies.

Ethicscope: Since most chemotherapeutics are administered by injection, oncology often suffers significantly more when a drug shortage occurs. In fact, chemotherapy is commonly ranked among the top five drug classes that are in short supply. At Children’s National, how does the Division of Oncology approach the shortage of sterile injectable drugs?

Dr. Dome: When shortages occur, there are several steps that we take to mitigate the problem. Firstly, we try and coordinate when chemotherapy is given. If two patients are being administered the same chemotherapeutic, often times they can share the same vial. Having the patients come in on the same day allows for sharing and prevents the hospital from letting excess go to waste.

Ethicscope: Do you think Children’s National does anything differently than other hospitals when preparing for shortages?

Dr. Dome: I am not sure; I will say that our pharmacy is proactive. You can read about their process for managing drug shortages in this issue in Shortages: The New Normal in Pharmacy. Children’s National will reach out to other hospitals if necessary. In fact, the DC Metropolitan area has a network for sharing drugs; this way if a patient desperately needs chemotherapy a resource is always available. Another thing that we do, this being more of a last resort, is substitute certain drugs in a patient’s treatment regimen. Also, the Division of Oncology will alter the sequence of chemotherapy if necessary. For instance, a patient that is supposed to get drug x at a certain time may be given drug y at that time and then drug x later on.

Ethicscope: Would you say that sequence manipulation works with most patients or is it more on a case-by-case basis?

Dr. Dome: It is really on a case-by-case basis; for some of the treatment regimens, the order of the drug is more important.

Ethicscope: I am going to read you an excerpt from Dr. Unguru’s paper, Shortages of drugs, surpluses of ethical challenges: an allocation framework for childhood cancer. Since you work closely with the Children’s Oncology Group (COG), we thought this would be of special interest to you.

“A recent survey of principal investigators (PI) and pharmacists at Children’s Oncology Group (COG) affiliated centers assessed the impact of chemotherapy shortages over a 2-year period on clinical trials (both COG and non-COG trials) and patient care. Fifty percent of COG PIs reported that at least one patient they cared for who was enrolled on a clinical trial was affected by the shortages and 66% reported that at least 1 patient’s clinical care was affected by the shortages. Equally troubling, 34% of pharmacists reported at least 1 near miss or actual medication error due to the shortages.25 Shortages of chemotherapy however, are not isolated to children. With over 1.6 million US adults diagnosed with cancer each year (compared to fewer than 15,000 children), older patients are especially at-risk. Two surveys of medical oncologists assessed the impact of the chemotherapy shortages and lend insight to the severity of the problem. Nearly 83% of oncologists reported they were unable to prescribe their preferred chemotherapy agent; more than 75% had to make a major change in treatment such as choosing a different treatment regimen or substitute different drugs during treatment; over 40% were forced to delay the start of treatment; and 28% reported using a less-effective alternative because of a shortage.24,26 Perhaps most concerning was the fact that nearly 70% of oncologists reported that their hospital or practice lacked any type of formal guidance for how to make decisions about allocating drugs, prompting the authors of the study to appropriately call for formal guidance in this regard.”

Ethicscope: As a doctor at Children’s National, have you encountered a patient with clinical care affected by drug shortages?

Dr. Dome: I can think of a couple patients; fortunately with the system we have in place, shortages have not been a major problem. Of course, it is still a challenge for patients to get the drugs they need.

Ethicscope: It is good to hear that Children’s National is able to handle the issue.

Dr. Dome: We have been able to shield the patients well; it does require a lot of work and planning. But while at Children’s National we have so far been able to treat our patients in spite of the shortages, there is a likelihood that our patients will be affected in the future.   Dr Unguru has raised a serious ethical issue that requires ethically tuned decision making.

Ethicscope: In Dr. Unguru’s paper he talks about possible allocation methods for drugs in shortage. With the help of an allocation task force (TF), ranging in backgrounds from oncology to bioethics, an allocation framework was created. I have with me a copy of the framework; please look it over and share your thoughts.

Dr. Dome: I think the framework is a great start to address the problem. In step one of the framework, strategies to mitigate the shortages are introduced. These strategies are quite reasonable; some of them have already been implemented at Children’s National. It is nice to see a lot of approaches summarized in a single document. The tougher question is step two: despite the mitigation strategies a decision must be made. Physicians and parents are of course going to advocate for their own patient or child; there really needs to be an unbiased board capable of making these decisions objectively.

Ethicscope: Hopefully the allocation task force that Dr. Unguru proposes will be able to act as an unbiased bored capable of such decisions.

Dr. Dome: I believe we should prioritize drugs based on patient necessity and the likelihood of a significant benefit from treatment. Certain chemotherapy drugs have a questionable contribution to the overall cure of a patient; many hospitals use drugs based solely on history and tradition. Often times, there are alternative treatments that may lead to equally successful outcomes. For example, a drug that has been in short supply is methotrexate. In the United States, most osteosarcoma regimens will use methotrexate. However, some hospitals in other countries will use regimens that do not include methotrexate; yet they still have positive results. Perhaps methotrexate is not essential for the treatment of osteosarcoma.

Ethicscope: Although this does not mean the issues surrounding drug shortages are being solved; it makes us think about what drugs are a necessity. Do you have any other questions or comments on the framework?

Dr. Dome: Not at this time. Thank you for bringing this important topic to the attention of the hospital and readers of Pediatric Ethicscope.