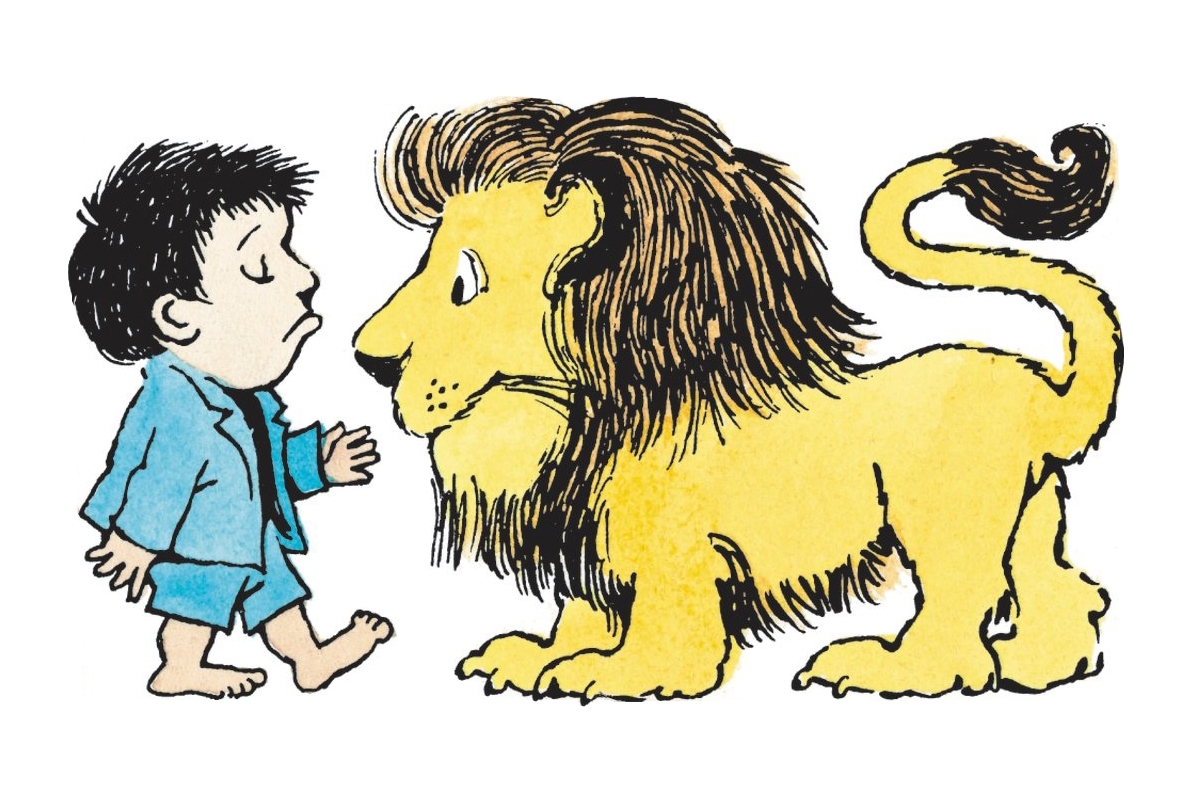 Disengagement and non-adherence of an adolescent with chronic disease potentially leading to life-threatening complications is a common and distressing challenge encountered by pediatricians. We believe these cases echo Maurice Sendak’s classic children’s story Pierre, which tells the story of a boy who will only say “I don’t care.” When encountering a Pierre case most clinicians intuitively focus on balancing the patient’s emerging autonomy with beneficence and non-maleficence to guide their actions, but these interventions require substantial care labor and may prove unsuccessful, leading to distress or burn out. In Pierre cases we believe ‘good care’ may be better understood through the lens of care ethics. This approach centralizes the wellbeing of the therapeutic clinician-patient relationship itself, which is intrinsic to the practice of pediatrics.

How did we get here? Mara, now nearly 17-years-old, was born with a neurogenic bladder. Up until two years ago, she was a model patient. No one worried about her adherence with self-catheterization or medications. She was optimistic about her future, cared about her health, and we looked forward to her bright and open future. But now Mara says,

It’s hard to say when things shifted. She stopped self-catheterizing. This led to hospitalizations for infection and acute kidney injury, missed days of school, and a creatinine level that has steadily risen from normal to severely elevated. Without a change she would need to start dialysis in the next year. Recognizing the dramatic increase in morbidity, we increased follow-up frequency, extended visit lengths, and provided education around why self-catheterizing with proper technique was critical. Repeated attempts at motivational interviewing were unsuccessful. She remained consistent. She understood that not catheterizing led to complications and risk of organ failure. She didn’t want to die, but also didn’t want to catheterize any more, or even explore alternative treatment such as a vesicostomy. I pressed and she said,

So, we partnered with her pediatrician and tried for evaluation with adolescent medicine, social work, counseling, and psychiatry to identify existing barriers. More time, energy, and creative efforts went into finding some way forward with therapy, but still Mara said,

We turned to Mara’s mom to push Mara to CARE or at least maintain the possibility of a future in which Mara might CARE. Initially mom sought middle ground. Balancing Mara’s dependence on medical therapy with her drive for independence was not easy. Later mom pleaded with Mara, trying to gain adherence, seeking some minimal reciprocity. And Mara said,

At some point mom decided she had battled enough. She simply couldn’t save her daughter’s health and she was damaging their relationship and exhausting herself in the process. Whether out of choice or weariness, perhaps both, mom stopped actively managing catheterization. “It’s up to her now, I can’t make her care.”

The consequences of non-adherence grew more threatening. Mara developed anemia and bone disease from her kidney failure and had a life-threatening episode of urosepsis. Still she said,

What should clinicians do in these circumstances? Mara’s active disengagement and non-adherence echoes Maurice Sendak’s classic children’s story Pierre, which tells the story of a boy who will only say “I don’t care.” [1] Pierre rebels against his parents, attempting to demonstrate control and assert his independence through expressions of apathy. After repeatedly attempting to engage with their son, Pierre’s parents grow weary of his behavior and become resigned. They “leave him there” and “never take him anywhere.” [1] Pierre’s struggle for control places him in a life-threatening situation. Encountering a lion, Pierre refuses to “care,” passively permitting the lion to eat him. It is only after narrowly surviving that Pierre learns to “CARE.” [1]

With Mara, and other adolescent patients like her, clinicians face a Pierre who doesn’t care, perhaps even a family who in some sense “left [them] there.” And yet the lion, the dire consequences of Mara’s chronic disease, fails to sway her to CARE. Of course, there is a key difference. Unlike Pierre, who is easily freed from the lion’s belly when the doctor turns the lion upside down, Mara will never fully escape the lion. For children with chronic disease—such as diabetes, chronic kidney disease, sickle cell disease, or inflammatory bowel disease—treatments are efficacious at organ preservation, but offer no hope for cure and must continue indefinitely.

When confronted with a Pierre case most clinicians focus on beneficence and non-maleficence, not merely because these ethical principles are intrinsic to pediatrics, but more urgently because a child is about to be consumed by a lion. It would be wrong to do nothing but recognize the adolescent’s developing autonomy and accept their attempt to assert independence in a misguided, short-sighted manner. [2] This would give too much credence to an adolescent who may not fully appreciate consequences [3] and leave them alone with their chronic disease to a future of increasing morbidity, organ failure, and ultimately death. [4] So, out of a duty to maximize benefit and reduce harm, clinicians offer increased support. But efforts towards additional or longer clinic visits to engage with the patient, developing a partnership and persuading them to undergo treatment, exploring alternative treatment options, and seeking additional advocates demand substantial care labor. And yet those efforts may only be met with “I don’t care!” So why do so many clinicians feel duty-bound to pursue them?

Clinicians hold special responsibilities in virtue of their relationships with patients. Patients are vulnerable to the power of clinicians, depending on them for their life and wellbeing. Clinicians often deeply feel the responsibility that this demands, especially in the context of the added vulnerabilities of children who are not fully autonomous. Clinicians are called to care for their pediatric patients by promoting/protecting their health and respecting their developing autonomy, but also by building relationships of empathy and trust.

Of course, as any clinician or parent knows well, caring for the wellbeing of another is integrally tied to caring about. We promote Mara’s wellbeing and protect her from harm as we care for her and treat her disease. At the same time, we CARE about Mara and want her to CARE too, seeing a future in which she might ultimately flourish. [5] But Mara might leave us feeling distressed, frustrated, cynical, drained, grieving and burnt out. This may in part be due to tragic nature of Pierre cases. In spite of our best efforts, Mara may not come to CARE and instead be eaten by the lion: disease progression to organ failure or even death. In addition to distress and frustration, it can even feel unfair to put so much extra time and energy into the patients who don’t care rather than the ones that do. In these contexts, promoting the greatest good for the greatest number might, in fact, permit clinicians to “leave [them] there,” accepting non-adherence and organ failure or transferring them to the care of an adult specialist.

But, ultimately, Pierre’s parents return and rush him (inside the lion’s belly) to the doctor. This is an effort of CARE. Like Pierre’s parents, many clinicians reasonably make every effort, often going above and beyond normal moral obligations, (e.g. visiting the patient at home, extending clinic hours or missing family obligations for extra clinic visits) to get Pierre patients to care. Even when we may not succeed in encouraging Mara’s adherence or getting her to a place where she cares, even when she may ultimately die because of this, these efforts manifest the moral value of caring relations.

In Pierre cases, ‘good care’ is not adequately addressed by respecting the adolescent’s burgeoning autonomy because respecting choice may cause the death of a child (in fact good care may require the opposite). [2,3] Nor is it adequately understood through beneficence since the immense efforts towards benefitting this one child may ultimately fail, erode caring relationships, cause moral and emotional distress and lead to clinician and family burnout. Instead, good care, perhaps supererogatory care, is found in actions of clinicians that “preserve or promote actual human relation between themselves and particular others.” [6] Even when we know a patient is likely to remain non-adherent, resulting in significant morbidity or mortality, continuing to meet, to advocate, and be present manifests a caring and therapeutic clinician-patient relationship. Whether or not efforts to secure a Pierre patient’s long-term medical wellbeing are successful, these efforts respond to the wellbeing of the clinician-patient relationship in itself. This is the moral significance of care as a different kind of ethic.

Unfortunately, our extra efforts may find no reciprocity from Mara. Unlike Pierre after being saved by his doctor from the lion, she may still say,

And yet, we can say that we have offered her trust, empathy, generosity, and even love. We cared about and for her even when she would not let us treat her disease. The development of this relationship and efforts to not abandon it, the act of continuing to care for and about our patients, even the most distressing cases where the outcome is likely to be poor, is of value for the adolescent and the clinician in and of itself. Without this relationship, as one-sided as it may seem, pediatric practice would feel unfinished, deficient, and empty. After all, the moral of the story is,

Aaron Wightman MD MA is an Assistant Professor of Pediatrics in the Divisions of Nephrology and Bioethics and Palliative Care at the University of Washington School of Medicine and a faculty member of the Treuman Katz Center for Pediatric Bioethics at the University of Washington.  Dr. Wightman’s research focuses on understanding and improving medical-decision making for children with complex and burdensome medical conditions.

Tyler Tate MD MA is a pediatric palliative care physician and medical ethicist and the Miles J. Edwards Director for Professionalism and Comfort Care and an Associate Director of the Center for Ethics in Health Care at Oregon Health and Science University.  His scholarship focuses on the role of language and metaphor in understanding the experience of patients.